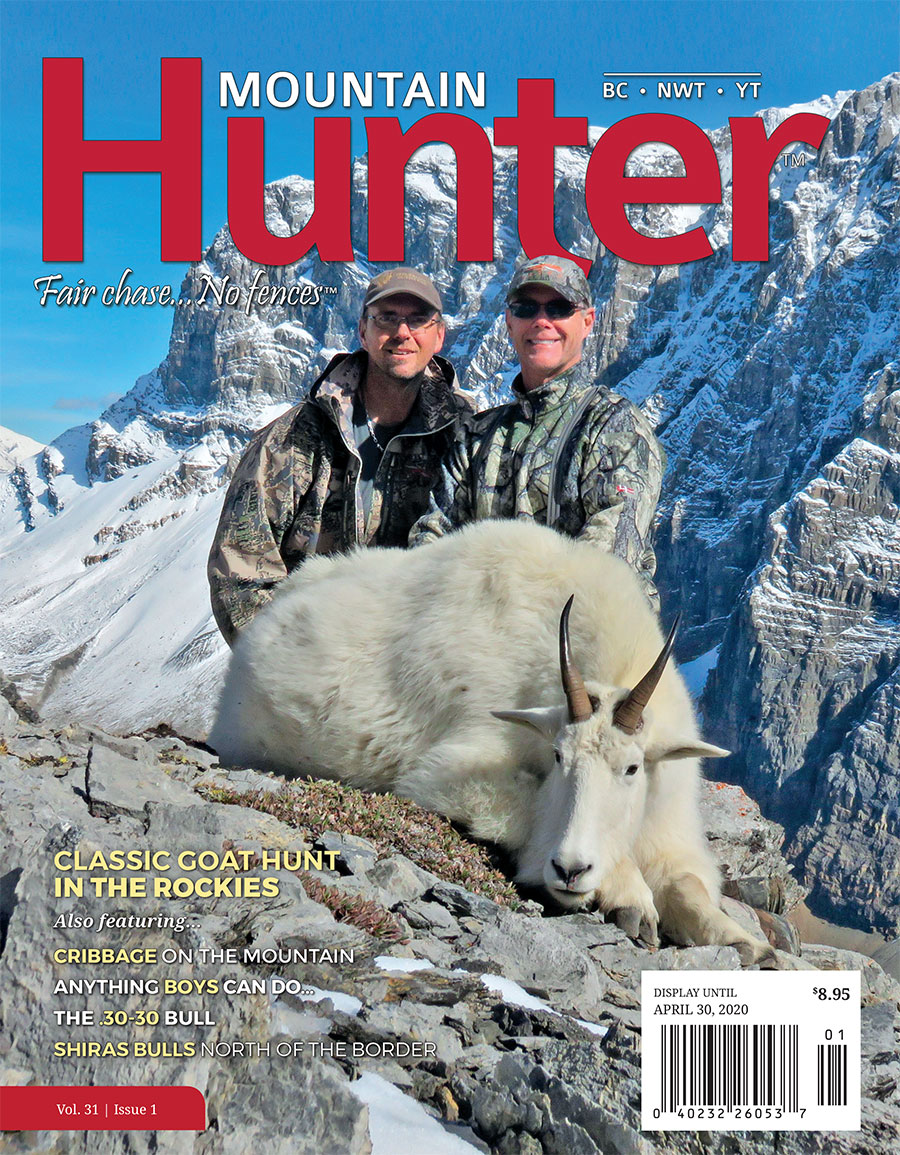 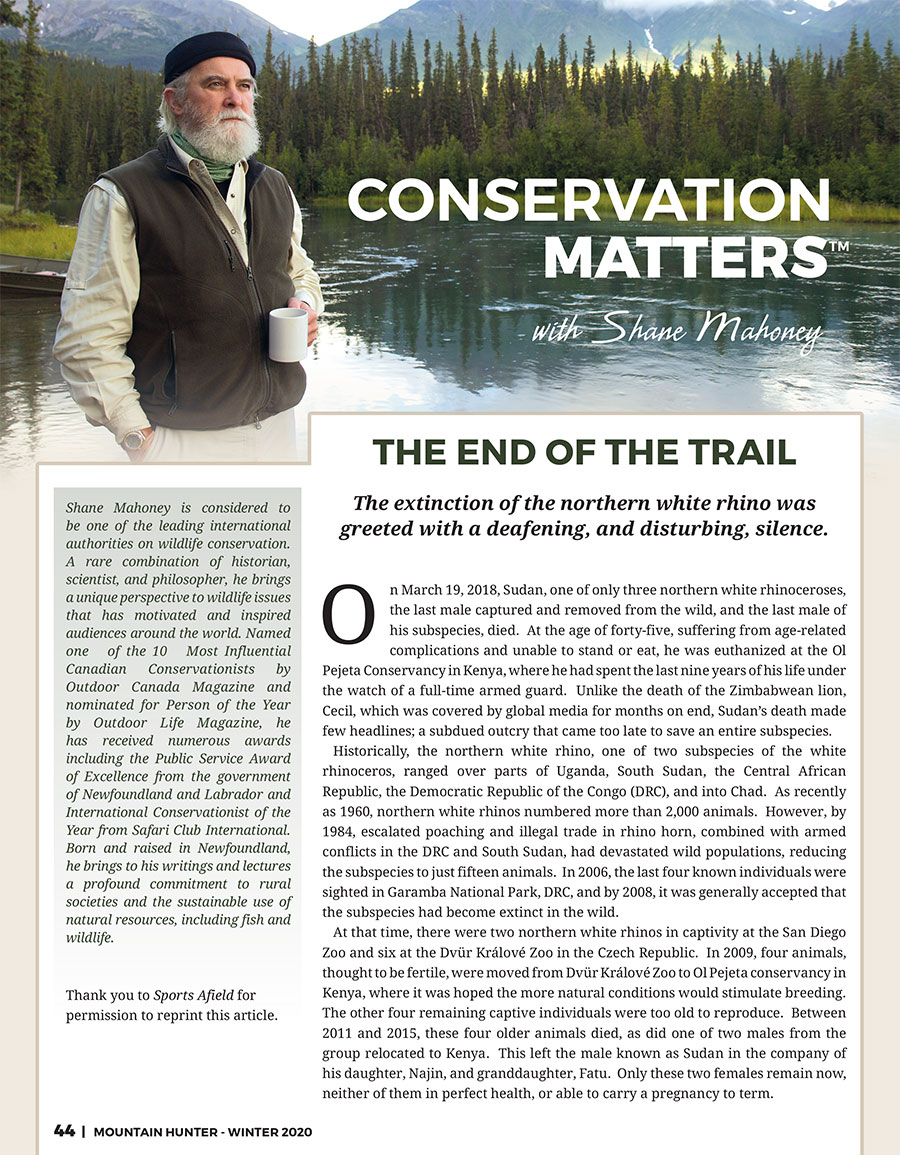 By Dave Fenn
My fascination with moose started at a young age after I wrote a seventh-grade term paper about them. That was the same year I shot my first black tail buck at age 11 using my brand new model 94 Winchester .30-30. It was many years later before I was able to go on my first moose hunt. I thought it would be an exciting challenge to shoot a moose with the trusty Model 94. Alas, it did not happen…that time. Anything Boys Can Do…

By Isabelle Colaiezzi
As a graduation present, my grandfather decided to take my cousin Josh and me to British Columbia to hunt bear. He had hunted with Doug McMann and Skinner Creek Hunts before when he accompanied his two brothers on their quest for bear as told in his Mountain Hunter article, Never Too Old for Your First Hunt (Spring 2017). He’d enjoyed his experience with Doug so much that he decided to take Josh and me to British Columbia for that same first experience that his brothers had. Cribbage on the Mountain

By Jim Nelson
Ron Fleming and Brenda Nelson from Love Bros & Lee were waiting for us at camp. This was my and my son Connor’s second hunt with them after first meeting them several years prior at the Dallas Safari Club Show. My last name is Nelson and my wife’s is Fleming, so it was fate that took us to their booth at the DSC show. We just knew we were meant to hunt together.