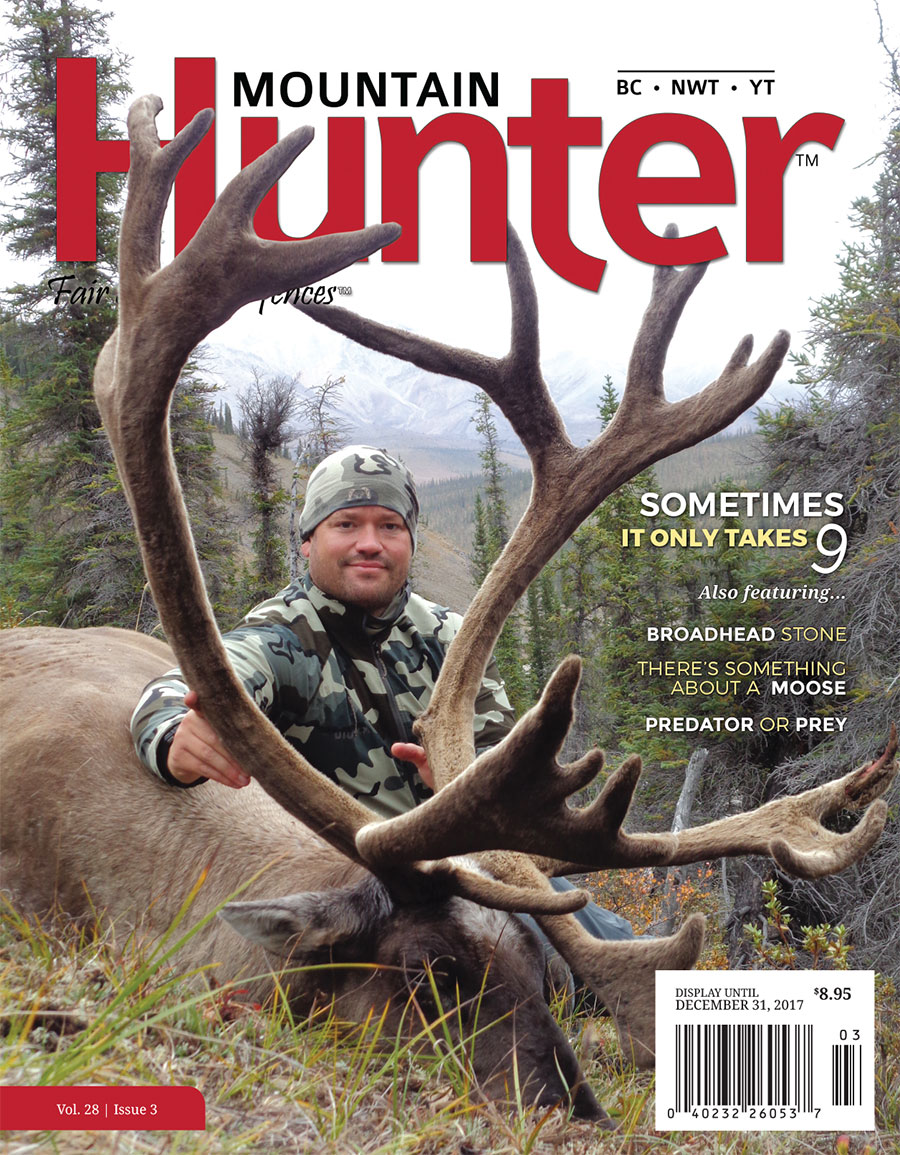 Heart pounding, chest throbbing, thighs burning, we were nearly there, there being the top in this case on this day, just over 8,300 feet. “Welcome to sheep hunting,” Nathan whispered as we crested a ridge line on our hands and knees crossing rocks that brought visions of craters on the moon…

It was my first day of hunting on this trip, a trip that technically had begun more than two years ago. A friend mentioned he was heading north on a hunt that I should be on. By lunch I had spoken with Stan Stevens of Mackenzie Mountain Outfitters, by the next morning I was booked. By the fourth of July, I was already working on gear list, logistics, and creating a checklist of dates and goals for the trip that was 24 months away. August 2016 could not come fast enough, but eventually it did, and with it the nerves as well. I set out from my home in Northwest Washington State, roughly 80 miles south of the BC border. Sixteen hours is a long road trip, especially by yourself. After a quick overnight in Revelstoke, the next afternoon I arrived in Edmonton. My stay there would be brief, enough time to spread your gear out in a hotel room, fill my belly, and catch some shut eye. The flight to Norman Wells, NWT, left at 8am the next morning. Before I knew it, we were in Norman Wells weighing gear at float dock and boarding the Twin Otter to head deep into the Mackenzie Mountains. After some formalities of paperwork, dumping gear in the bunkhouse, and the obligatory re-sighting of rifles, we were assigned our guides. Nathan and I began by going through gear, discussing what to take, and filling our packs with five days rations.