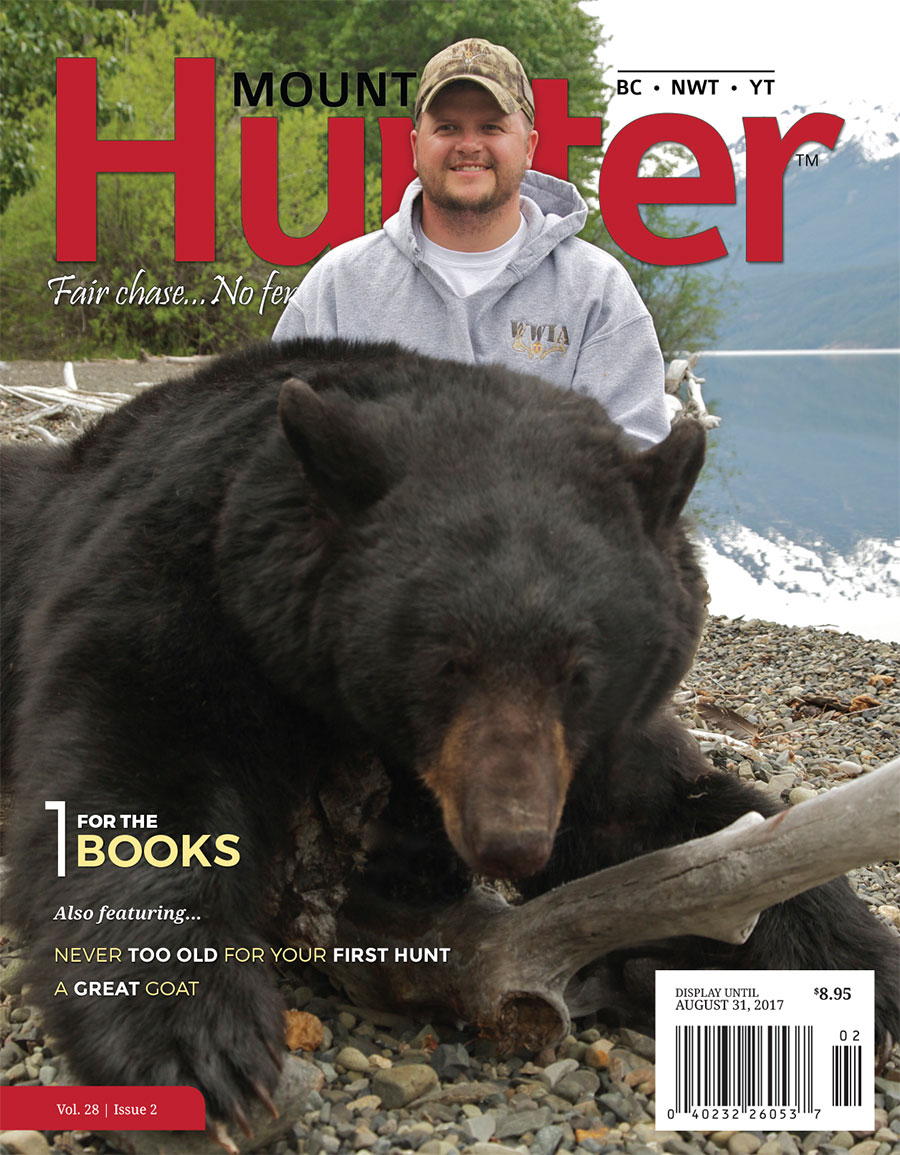 I met Chris Franke of Mountain Spirit Outfitters Inc. at the annual SCI Lake Superior Chapter meeting held in Hinckley, MN April 2013. Again that year Chris had donated a goat hunt for the Saturday night banquet and after spending time with her I decided to bid on her hunt. I was excited to buy the hunt which was for September of 2014 giving me a year and a half to prepare.

September 1, 2014 finally arrived and Chris picked me up in Williams Lake and we drove to her camp, Cameron Ridge, arriving well before dark. This allowed me time to unpack and sight in my rifle once more. The next few days brought low hanging clouds and fog. We hunted from Cameron Ridge until the weather improved in order for us to get to our hunting location. On the third day the hunting gods were on our side as the clouds finally lifted and Chris spotted two billies lying on a steep grassy slope. One was a whopper.